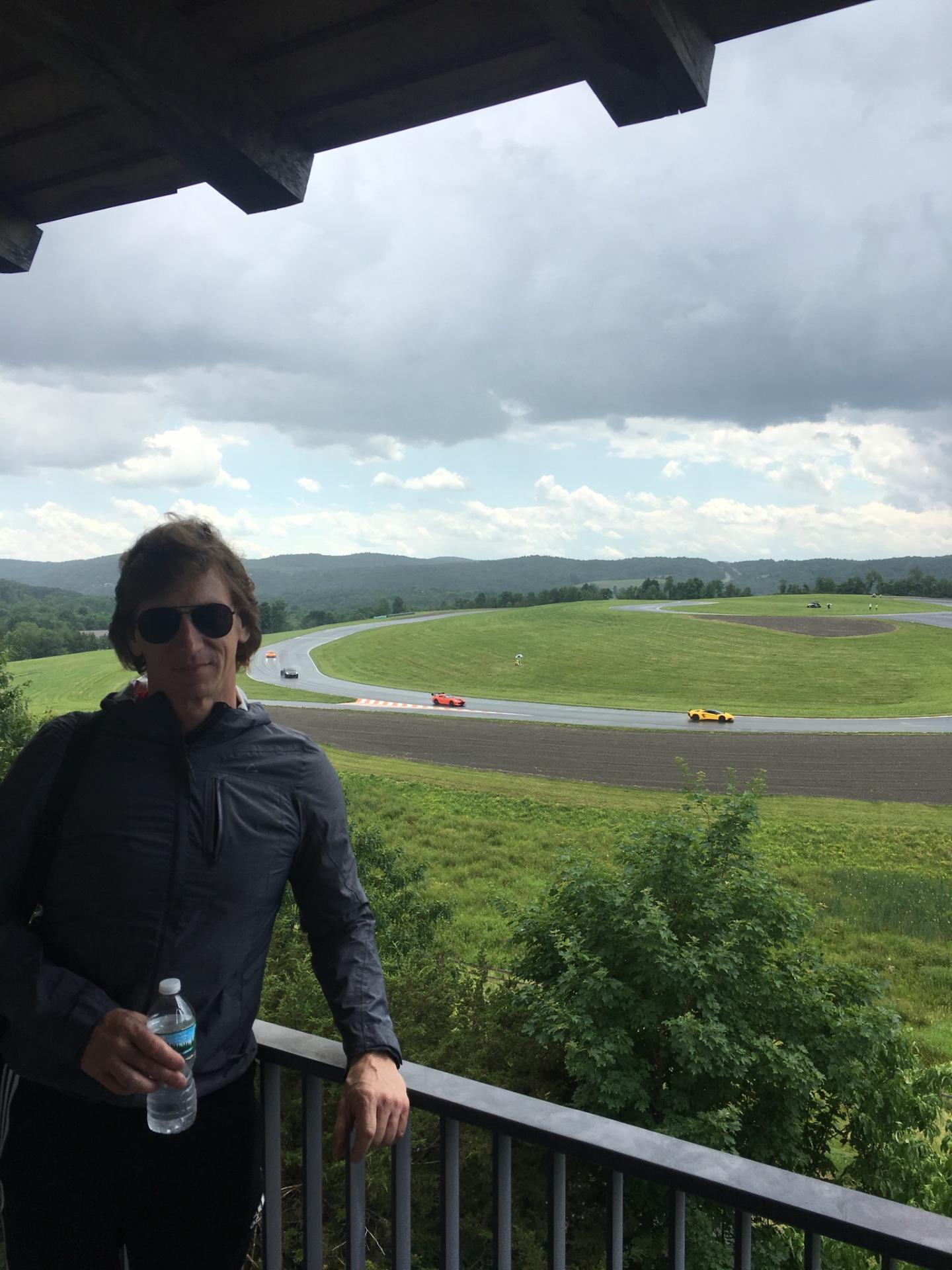 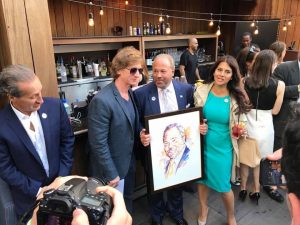 Taking Center Ice, the artwork of Tony Capparelli presents his audience with many visions. Dubbed the Michelangelo of the Meadowlands by Fox Sports Broadcaster Stan Fischler, Tony’s work has been featured at ceremonies honoring various NJ Devils hockey players and coaches. With team ownership and NHL Commissioner Gary Bettman on hand, these unique airbrush portraits mark Tony a star in his own right! Tiki Barber recently joined Tony to unveil his portrait at the Chelsea Piers in New York City.

Tony is at home in any media available to the artist. Whether sketching Monica Seles at courtside or painting the loyal fan base of the NY Football Giants, Tony has found a way to satisfy many tastes. His unique “Gum and Tusche” serigraphs are among his most collected artworks. His charcoal and pastel works have found their way as part of the 100th Anniversary Babe Ruth Museum Exhibit, and as a poster on the set of the NBCTV sitcom Joey.

Unveiled on live TV was a 15-foot mural depicting the Stanley Cup Winning Goal by Bob Nystrom of the NY Islanders. This was the first of the dynasty’s four straight NHL Championships. The process was videotaped in Tony’s New Jersey studio for broadcast across North America on “NHL Cool Shots”. Leafs TV in Toronto also ran a feature on Tony.

Tony was seen live on TV painting the scene of the Triple A All-Star Game in Norfolk, Virginia, and in the studio on ESPN TV. He is considered a pioneer in the Telecard Artworld, bringing to Americans an awareness of this product. His depiction of NASCAR events has made them collector’s items.

Tony was featured in the Robb Report citing him as an artist whose works will continue to appreciate in value. Interviewed by Sports Collectors Digest, Tuff Stuff and ISWIRE Sponsor News, Tony has also been seen on local Good Morning America, UPN and News12 NY and NJ. Not limited to one style, Tony’s explorative personality makes him an artist to watch into the future.

“It’s intriguing — the changing influence and interaction between sports and society today. You see the obvious manifestations in the contours of baseball stadiums through the years. Years ago, the ballparks fit into an existing neighborhood. You can see it in the odd dimensions of the outfield fence. But the opposite is true today. Just as the ballparks were once defined by their neighborhood, it is now the neighborhood, even a city, which is defined by the structure housing the local team… and what does this say about us?”

Tony currently teaches several Illustration and Art classes at the Fashion Institute of Technology and Seton Hall University. His studio is located in New Jersey.